This year was a fun year for my sons birthday, this was the first year he really understood what was going on and he talked about for weeks before. Every morning he would talk about his party and who he wanted to invite, he told me what kind of cake he wanted, and he told us (what seemed like every minute) what toys and games he wanted. He was ready to turn 3! (It meant that he wasn’t little anymore.)

We originally wanted to have the party at the local fire house, but supposedly there was an event that day (I don’t recall anything going on, which is very disappointing, hopefully it was just rescheduled). So we switched gears and went for a Sports Themed All-Star Party. We used our church fellowship hall which is also a gym, so there was plenty of room for kids to run. There was also a playground outside that we ended up using also. My son had a blast! He told us how much he liked it, it was great!


Here is what we did, the invitations were from Simone Made It, I really recommend her products, they were really easy to use and she has a pretty large variety of different party themed packages.


This is the one we used, the ticket invitation is what sold me!

Even though I made up everything, I ended up only using the invitation and the bag toppers.  I ran out of time setting up and I decided I wasn’t going to try to control a room of 2-3 year olds.

The cake is always my favorite part.  My son loves chocolate and that is all he wanted, I decided on doing half chocolate and half yellow.  He kept telling me he wanted a tiered cake like on the cover of Dr. Seuss’ Happy Birthday to You!  But I wasn’t going to make a tiered cake for a 3 year old.  I was looking on Pinterest, like I do way too often, and came across a really neat cake in the shape of a 3, so I used that as my inspiration. You can see my inspiration here.  It was really easy, make two bundt cakes and cut to form a 3, (I used boxed cakes so no recipes sorry.)  I decided to ice the cake to look like balls to keep with the theme.

I wish it was a little cleaner, but I must admit it is was hard to ice the inside of the bundts. No one seemed to mind other than me, or at least no one said anything.


When it came to the other snacks, we decided to keep with ball park flavors.  We had “nachos”, Corn dog bites, peanuts, and just for a healthy alternative, a veggie platter.


Since I couldn’t eat the cake, I decided that I wanted the snacks to be GF so I could enjoy them also.  For the nachos, I made a really quick queso of Velveeta and Ro*tel served with corn chips. For every 16 oz. of Velveeta I used one 10 oz. can of Ro*tel.


The corn dogs, I must admit I was really excited about these.  I used a mini muffin pan, you could use a larger one but I wanted hot dog in each bite.  I made corn muffins, using Bob’s Red Mill GF Corn Bread Mix and added a piece of hot dog to each muffin, about 1/2 inch slice.  Baked them according to the package, they only took about 12-15 minutes. They were so good, I could have eaten the whole batch!

I think the party went well, my son told me he had a great time with his friends.  I will definitely have his parties some where other then our house from now on, or at least until he decides to only have a couple friends over (which hopefully will be soon.) I have a lot of ideas for future parties, granted if he will think they are as cool as I do, well that is a different story all together. 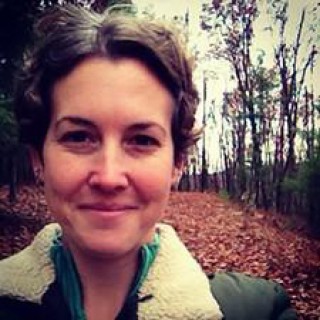 I am a wife, mother, artist, and blogger. I blog about my adventures in the kitchen, life, my battles with IBD and about being gluten free. I share mostly recipes and my life experiences, my recipes (try to be) healthy and family friendly. A few crafts and DIY projects, both for kids and adults, will be thrown in every now and then just to mix things up a bit. *Not all of my blog posts are gluten free, please check the tags.

Some of my go to Blogs

Being active and eating A LOT

scout [skout] v. to find by seeking, searching, or exploring.